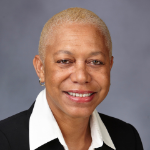 Bio: Service led Pam to work with the homeless and mentally ill communities for more than seventeen years at The Salvation Army. She was the Director of Mental Health Services for prior to her retirement. Pam also served as the liaison for Clark County Mental Health Court where she was an Advisory Council member. She has been a member of the National and Nevada Association of Alcohol and Drug Counselors since 1999. She has also served on the Regional and local levels on the Board of Directors of Caminar, CLC, a nonprofit service organization for individuals with HIV/ADIS in Nevada, California and Arizona. During her term as Vice President, Pam contributed to the development of organizational missions and to the creation of plans for the strategic implementation of organizational goals of the Southern Nevada Coalition of Concerned Women. It was during this time as a member of the Professional Black Women’s Alliance she was honored as a Role Model in the State for similar service achievements. While employed at UNLV’s Community Health Sciences Department she worked on the Southern Nevada Teen Pregnancy Prevention Project and served as Board Chair for the Southern Nevada Health Districts’ Teen Pregnancy Prevention Coalition. Her passion for service led her to affiliate with Delta Sigma Theta Sorority, Inc., in 1974. She is a Diamond Life member, past President of the Las Vegas Alumnae Chapter, and past Nevada State Coordinator for the Farwest Region. Her educational achievements have prepared her to assist those in need as she holds a master’s degree in Psychology.