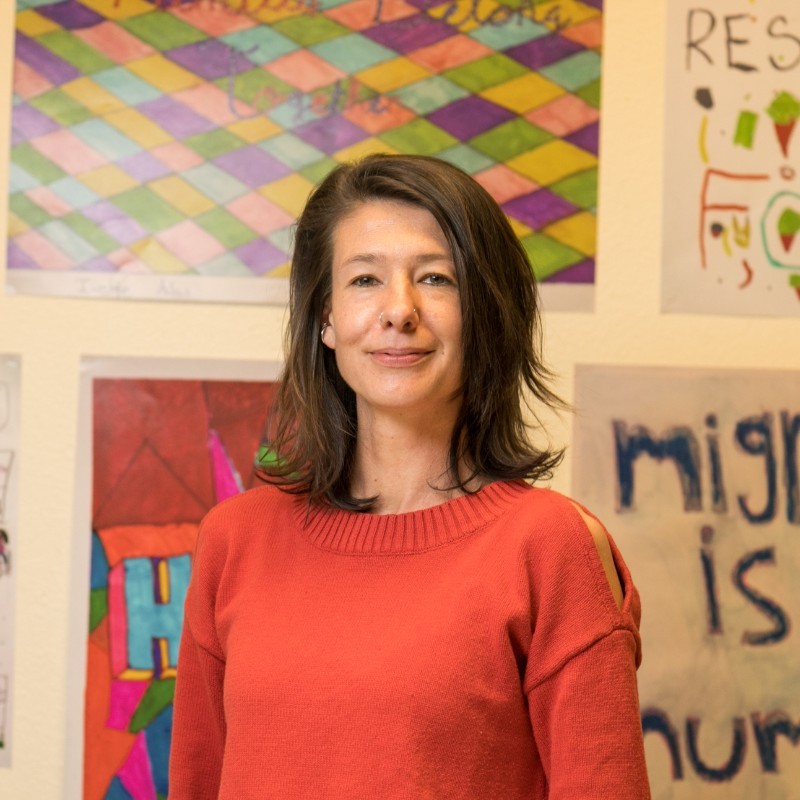 Bliss Requa-Trautz is the Executive Director of Arriba Las Vegas Worker Center. She brings more than a decade of experience in community organizing around issues of economic justice, immigrant justice, and education access. She holds Bachelor of Arts in Sociology and Anthropology from the University of Massachusetts Amherst, and a Labor Studies Certificate from the Joseph S. Murphy Institute for Labor Studies and Worker Education at City University of New York.

The Arriba Las Vegas Worker Center unites day laborers, domestic workers, immigrant workers and low wage workers to defend their rights, fight for dignity and win justice for all. Our mission is to inform, empower, and organize immigrant led efforts towards equality, economic justice and social and political inclusion. 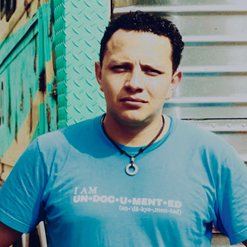 Jorge Torres was born in Quito, Ecuador, where he had his first experience seeing inequality, particularly in the way indigenous people were treated. He began organizing with indigenous people since he was 12 years old. He came to the United States at the age of 16 with his parents, and has lived here for 17 years. He lived undocumented for 9 years of his life, during which he learned about the frustration of lacking access to school, work, and travel. Also a constant fear for ICE and police. He began to organize with Unidad Latina en Acción in New Haven CT, a community organization that works against wage-theft, provides educational and leadership opportunities, and community empowerment. He was able to regularize his immigration status nine years ago, but continues to organize with immigrant communities. He founded Unidad Latina en Acción, in New Jersey an organization that empower the community against the deportation machine. For over 10 years Torres has worked hand in hand with families in deportation proceeding. In 2012, he was part of the Undocubus, a ride for justice, which was a bus traveling from Arizona to North Carolina with over 30 undocumented families that risked deportation and were unafraid to seek justice. Torres also has done community radio, and makes films and documentaries related to migrants and social justice. He also has provided strategic direction for opening El Centro’s Community Job Center in July 2014 by organizing and doing advocacy work at the local and national level. Jorge has organized and planned the first Staten Island Workers’ Assembly that brought together about 500 workers from different industries. He founded a transnational project with members of the Staten Island community and Puebla, Mexico to reunite families separated by forced migration through cultural and social economic projects. Torres has led and strategized with the ICEFREENJ Statewide Campaign that focuses on responding to Raids, Detentions and Deportations cases to engage families on anti-deportation and anti-detention advocacy projects. Jorge Torres has developed a migrant protection project for the Embassy of Ecuador in the United States, which was implemented nation-wide as a permanent program. He has managed the tri-state area by implementing a supervised system of the staff, coordinating professional trainings for the team with clear strategies for undocumented migrant protection. Jorge has implemented community outreach and engagement strategies to advocate for cases of families risking deportation proceedings. Torres has developed and implemented a rapid response system for more than 350 cases that were in detention centers. he worked for 4 years with Faith in New Jersey a multi-faith and multi-racial network of faith leaders and faith communities working together to advance an immigration, racial, economic and human justice agenda at the local, state and federal level. Currently Torres works with the National Day Laborer Organizing network as the national campaign strategist with the mission of improve the lives of day laborers, migrants and low-wages workers to basically build power and leadership among those facing injustice, so they can challenge inequality and expand labor, political and human rights.

Funding Disclosure: *This project is supported by the Nevada State Division of Public and Behavioral Health through Grant Number 1 NH75OT000092-01-00 from the Centers for Disease Control and Prevention (CDC). Its contents are solely the responsibility of the authors and do not necessarily represent the official views of the Division nor the CDC. Any activities performed under this sub-award shall acknowledge the funding was provided through the Division by Grant Number 1 NH75OT000092-01-00 from the CDC.